I am by no means a professional games reviewer. I don’t keep up with the games market all day every day and often I buy games that are a few months on the shelf, but I do enjoy games and gaming in general. Here are my thoughts about the games I play and my experience being a gamer.

Here is a list of all the mods used throughout the RimWorld: Season 1 – Irontown playthrough.

Several mods in this list require either the Harmony mod, or HugsLib to be installed. Others might need both, so check the prerequisites on the mod pages first. Be sure to have both of these installed and listed at the top of the mod order in the menu in RimWorld. 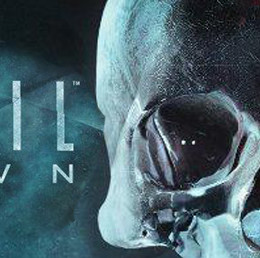 Whenever October rolls around I, like many other streamers, indulge ourselves in all the spooky and scary games we have stacked up over the last year or more. This year, having finally set my PS4 up for capture and streaming, I grabbed the PS4 exclusive, Until Dawn. I had wanted to play this game for several years now and finally got to dive in with both feet in a blind playthrough.

Over the last year or so it feels like I have gravitated to investigation games more frequently. Last year I played two Sherlock Holmes games on the channel, enjoyed some time in The Sinking City, wandered the mean streets in Blacksad: Under the Skin, to name just a few. It is no surprise that, sooner or later, I would make my way to the much-loved Phoenix Wright: Ace Attorney series. And having now completed the HD Trilogy on PC, I can see why this old Nintendo DS classic has been the recipient of a great deal of praise. 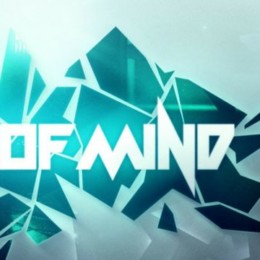 As people who know me will not be shocked to hear, I love cyberpunk settings. I am also a big fan of games that tell a compelling story about global conspiracies or mysterious, corporate/state intrigue. State of Mind, it just so happens, is set in a cyberpunk setting about a global corporate conspiracy tangled in the mystery of how a man’s family suddenly vanishes without a trace during a large gap in his own memory. Sounds like my cup of tea!

My on-and-off relationship with 100% completion

Since I began streaming in August 2017, I have played a huge number of many kinds of games. The majority of those I have streamed have been single-player story-heavy games. Many of them, such as open world games, will also be full of side quests, activities, relationship building with NPCs, management sim aspects, or even a huge pile of collectables the player can find for various reasons. Some games obfuscate these objectives and leave them to be simply a bonus to your regular gameplay. An example of this would be the Fallout series, where you can find the bobble-heads or magazines and gain a small boost in stats. Other games will emphasise these side activities by displaying a score menu that tracks your progress or even giving you a showcase of these achievements in the form of unlockable cosmetic content.

Over the last few months I have been working on getting a YouTube channel up and running. It has been a journey, to say the least. And now the day has finally come where I can share the new channel with all of you! Click the link below to visit the channel. I will be uploading backlog content there regularly. Remember to subscribe so you won’t miss any of it!

There are more details about the YouTube channel launch, and what this means for Iron Wolf Gaming, in the announcement video below.

One year ago I wrote a blog where I opened up about being burnt out. I had the chance recently to discuss this with someone in the community and the idea of a recap blog sprang up. It seemed like a great idea so, here it is.

Since I wrote that blog, I have not felt anything close to the level of burnout that I experienced last year. So, I guess I can claim success! Yay! Oh, but hold up a second there Mr Wolf, before you go planning the wild celebration party. It might be a good idea to go over some of the specifics of the last blog and break it all down piece by piece to see what real measure of progress there has been in the last twelve months.

Recently, and not for the first time in the last year of streaming, I began to feel a period of burnout coming on. It was a slow creep at first, and last weekend it hit me suddenly like a wave. When this happens, the natural instinct kicks in and you either fight it or try to get out of its way, but it is too late. The water surges in and you feel yourself getting pulled around in all directions. To further milk this poetic tidal analogy, there is only so much water you can fight through before you fall in and get rolled around. And the only thing left to do is to scramble back to the beach with a mouth full of sea water and some seaweed clinging to your head

Geralt of Rivia. Mercenary. Witcher. Made and trained to kill monsters in the defence of humankind as a sword for hire, he wanders from town to village to smallholdings in the countryside seeking notices nailed to bulletin boards and fence posts. Or maybe the sound of screams from somewhere deep inside the forest nearby, heralding potential work for his kind that they might fill their coin pouch. Drowners, manticores, vampires, kikkimoras, anything the local alderman might pay a bounty for. His downtime is spent playing dice or cards, or brewing potions for his work and tending to his injuries while enjoying the company of a beautiful woman.

Geralt’s adventures were first published in book form by Polish author, Andrzej Sapkowski, as a series of short stories depicting the Witcher’s various jobs ranging from slaying a beast preying on local merchants along the road to lifting curses from a princess at the personal behest of the King. Through all of this, he endures the adulation of those he saved in equal measure to the animosity from those who scorn his kind. Witchers are not quite human, you see. They are usually taken as children to a Witcher fortress that acts as their school, taught to fight with swords, practice herblore for potion brewing, given training in tracking animals, anything that their work would require. Once they come of age, and only if they survive, they are put through the Trial of grasses where their young bodies are subjected to powerful mutagen potions, one after the other, and infected with various sicknesses to develop immunity that will last a lifetime to all sickness. Spells are cast to inject a little magic into them, though just a little.

So, I started streaming video games.

It’s been way too quiet here lately and I should blog a lot more so here is a little update on what I have been up to outside of the writing front. I have another half-finished blog about writing from a month ago I owe some time to, and will get round to finishing it. Meanwhile, I have been a little preoccupied with a new activity: streaming video games on Twitch.

Streaming games has been something on my mind for the last two years. I have been watching lets-plays on YouTube for around a decade, ever since I got bit by the Minecraft bug and played it non-stop when I was not at work. In the last three years, I have added watching live streams to my list of chosen entertainment and have found a batch of streamers who play games that I enjoy watching on a regular basis.