Whenever October rolls around I, like many other streamers, indulge ourselves in all the spooky and scary games we have stacked up over the last year or more. This year, having finally set my PS4 up for capture and streaming, I grabbed the PS4 exclusive, Until Dawn. I had wanted to play this game for several years now and finally got to dive in with both feet in a blind playthrough.

Created by Supermassive Games, Until Dawn is a story-driven choice-based horror game set in a snowy mountain lodge. A cast of college teens must survive… wait for it, until dawn! All the while, as they split up through the story, they are being stalked and tormented by a largely unseen antagonist while looking for ways to survive the night and call for help. Their only way down the mountain is a cable car which has been turned off and the keys taken. 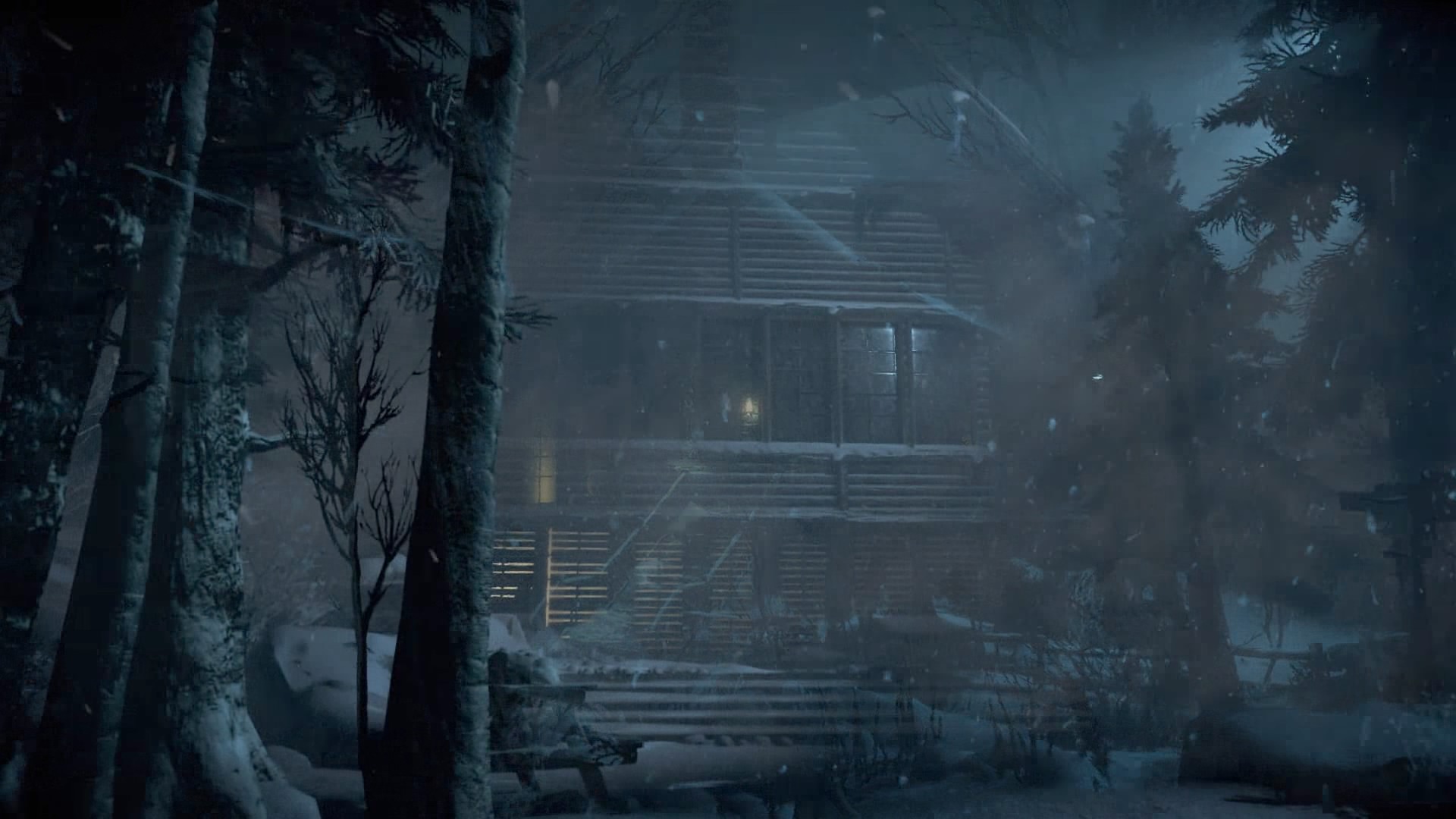 Spooky cabin in the woods!

Along the way the group will discover the cursed history of the mountain and that all is not quite what it seems. It is, in fact, so much worse than they even imagined. Sounds like a good game to play in a dark room while living alone!

Graphically speaking, the game has a great atmosphere and looks fantastic. The environment details are particularly good as well as the character designs, all making a disturbing feast for the eyes.

The core gameplay consists of controlling one of the teens at different times as the story rolls along, which does a good job of keeping things compelling and creating suspense. You need to make quick choices in conversation, explore the area for anything useful, respond to quick action events and button prompts, and try not to die. If anyone does die, however, it is not the end of the game as such. Any of them could be killed and this only affects your future options and ultimately what ending you get.

The story plays out in chapters that, in my opinion, could have been a little longer than they were and fewer of them were needed. Each chapter starts with a recap of the last one which felt a little redundant when the previous chapter was less than 40 minutes long. I know I am getting old, but my memory is still surprisingly good. 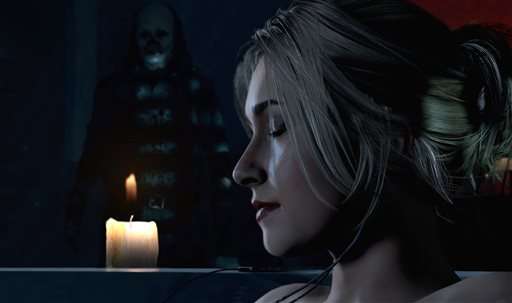 The controls are decent, though I do have a small issue with how the characters move and turn making them feel a little clunky. Trying to stand in just the right spot to interact with something got a little tedious at times and having a Resident Evil style perspective camera didn’t help. Also, the first time the game makes use of the motion controls for the PS4 Dual Shock is when you are told to ‘hold still’ while hiding. It came with no warning and because I was moving around in my seat at that moment I failed. Not that it led to a game over or anything at that point but later in the game it got two characters killed. I can see that being frustrating if you’re replaying the game and trying to do an all-survive run.

There are many collectables of different kinds in the game, some of them historical documents about the mountain’s past or clues of the fate of two sisters who went missing a year before the main story. Then there are the totems that you find scattered around the place, each one granting you a brief view of a possible event in the future. These are particularly useful to watch and will help guide you around dangers if you are sharp enough to notice the fine details.

“No, it took me ages to get my hair right! Stop touching!”

Different kinds of totems will give different guiding visions. Some of them show the death of a character, others show consequences of choices you might have to make. Note I say these are possible futures. The game is littered with multiple choices that seem small at the time but will have a growing and subtle impact on the story as it unfolds.

Many games have, in the past, claimed to have ‘consequences for your actions’ when presenting multiple choices. Some of them pull it off to a degree that is satisfying because you feel like your actions really did make a difference even if it was a small one. Others like to tell you that by picking different actions you will have consequences, but they all end up falling short and giving you different tones of gameplay.

“Excuse me, can you recommend a good dentist?”

It’s like being told to make your way through the haunted ice cream factory and you can either chose to run from the ice cream cone monster, hit it with the ice cream truck, or set fire to the building. At the end of it all you expect to either be eating vanilla, chocolate or strawberry ice cream depending on your choice. But all you get is a choice of vanilla, yellow vanilla or that fancy vanilla that has actual vanilla seeds in it. And if you now want ice cream after reading this then what are you still doing here?! Go, get some. I will wait…

… ok welcome back. Now I should say that Until Dawn does deliver quite well on its promise that game choices will have impact. And it proudly shows off its Butterfly Effect menu which lists the actions you have chosen and the rolling consequences of those actions as you play through the game. For example, you have a choice to side with one person or another in an argument. This means one person likes you a little more, but the other doesn’t. Or you could chose to say nothing at all and keep out of it which will have an impact all of its own. Later in the game this could cause something to happen based on how the scene played out, which then causes something else to happen as a result. The menu is a handy reference for looking back and seeing what led to something specific happening so you can try a different approach for a different consequence if you replay the game.

Even without a replay, I can recommend the game to anyone looking for a good interactive horror story. And with the replay value it is well worth the money.